Few months ago, I wrote a blog about who able to Edit Locked Record in Salesforce. Record owner and standard user would not able to edit the record, it will show a pad lock icon next to Edit button. When user click Edit button, the user will get error message Record Locked, The record you are trying to edit has been locked. Please contact your administrator if access is necessary.

Until now (July 2014), record locking mechanism in Salesforce only can be initiate from Approval Process. Some users will see Unlock Record button next to Edit button. Clicking that button will unlock the record, and the record become editable by record owner and standard users. 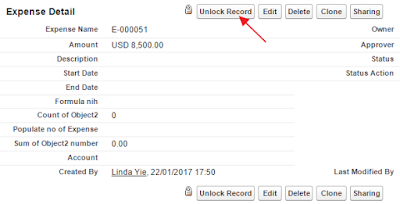 Compare with screenshot below when view by record owner or other user as below. 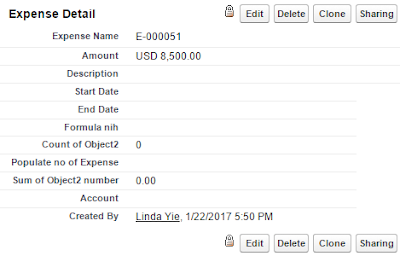 Once a record is unlock:
1. Pad lock icon will be disappear
2. Record owner or users with ability to edit the record will able to edit the record
3. In the object history, it will show date/time, user with action 'Record unlocked.'

4. The approval process for the record still in place, approver still able approve or reject the record. 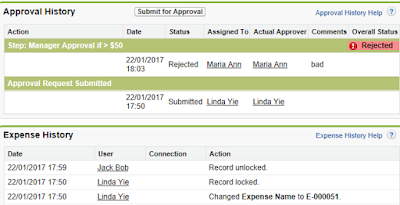