More than 5 years ago, we wrote about Sharing Button URL, where you can check Sharing Detail and Access, which is useful to troubleshoot why a user is able to view or edit a record.

On the Sharing Detail page, it will show you all User, Public Group, Role, Role and Internal Subordinates and the access level. In this blog I am using Opportunity as a sample, Opportunity visibility in my org is Private.

Summary:
Reference:
Posted by Johan Yu at 9:39 PM No comments:

The computeRelative node is useful to traverse across rows to identify something or calculate something. 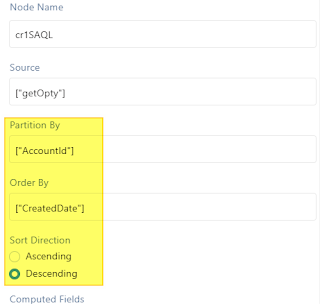 From the above screenshot:
- It is Opportunity
- Partition By Account Id
- Order by CreatedDate and sort by Descending
The result in the calculated fields:
- the first record in the partition would be the Last Opportunity created for an Account
- the last record in the partition would be the First Opportunity created for an Account
This is because we order by Descending.
There is two Expression Type in the calculated field for computeRelative:
1. SAQL
2. SourceField
Use Case: to identify the First or Last or Previous record
using SAQL
SAQL Expression = case when previous(Id) is null then "Yes" else "No" end
* Id in above SAQL can be any fields as it just use to check if any previous record exists. 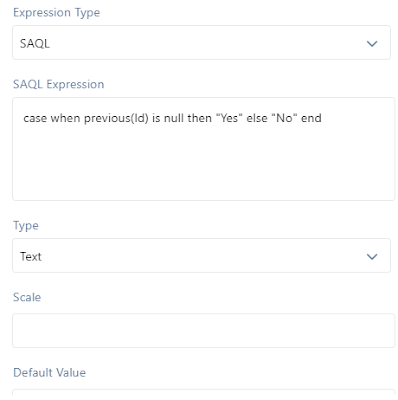 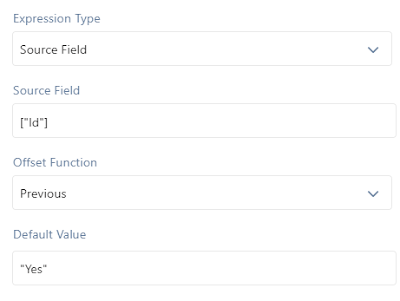 In this method, the new calculated field will contain "Yes" if that's the first row, the rest will be the Id from the previous record, which is not important.
Comparison
Based on my testing, using SourceField is faster than SAQL in the dataflow. In the below example, the dataflow processing close to 1.6 million rows 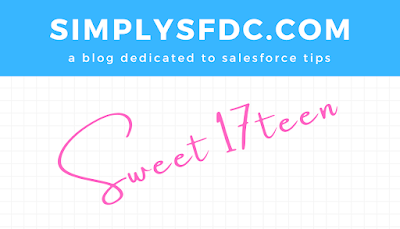 Oh, this is not a blog about teen turn adult, but a celebration of the 17th anniversary of my 1st Salesforce org., which is still active till now. 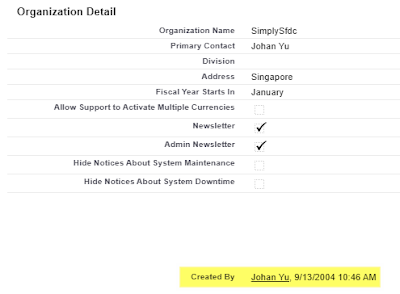 If this org is a human, today it is officially an adult (in many parts of countries). While the org has been evolved a lot, at least from the shape which is the user interface. I did not screenshot every year, but here are a few milestones: 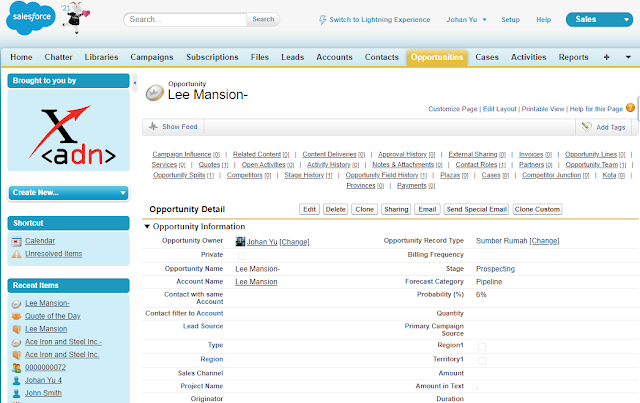 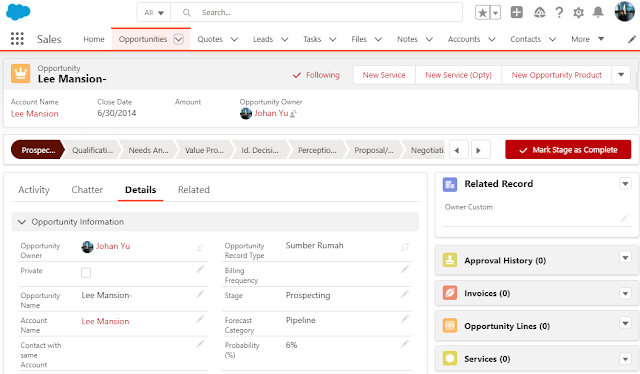 Tableau CRM: Nodes with no data in Dataflow

First, it sounds weird when you said that your dataflow processed no data, but that could happen when you put a filter that clears off all data. What happened with the further nodes that create fields in the dataflow:

Augment with Right node has no data

In Winter 22 release, Salesforce releases Dynamic Gauge Charts in Dashboard, even still beta. Before this, all segments (low, medium, high) values must be entered manually by editing the component. With Dynamic Gauge Charts, you just need to update a field and the segment target changed.

To use Dynamic Gauge Chart, you need to enable the feature from Reports and Dashboards Settings in the setup menu.

You need to have a target value, this is the max value of the gauge chart. The value should be defined in an object, within a record, and in a field. Let say you use the Opportunity report for the component, it does not make sense to put the target in the Opportunity object.
So, here is my idea:
- Create a custom object
- Create a number field: this to store the value or target
- Create a text field: this field used to store description

Notes: thanks to Nicholas Sullivan from the Trailblazers community for the idea to use a custom field in the User object to store each user target.

Once "Enable Dashboard Dynamic Gauge Charts (Lightning Experience only)" is enabled, you will see Mode: Standard and Dynamic when editing a Gauge component. Standard = existing mode where you need to enter values for each segment, while Dynamic is the new one, where the segment is divided by % of target. 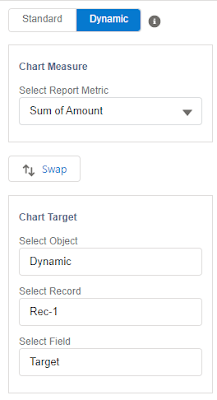 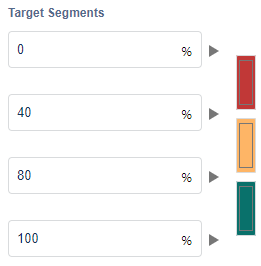 Instead of value as per normal, we need to enter % for each segment to divide segments of the low, medium, high.

Footer: once you select "dynamic" mode, you cannot make use of the footer by entering any text, it will be locked and will show the description, for example, Sum of Amount (USD) compared to Target (Dynamic: Rec-1) 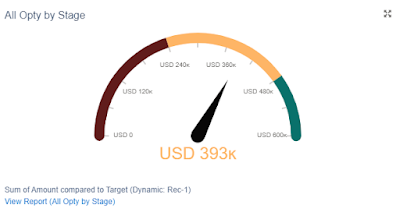