After the blog to transpose data from columns to rows, and from rows to columns. Today I have another challenge to group data based on a date.

Here is the data 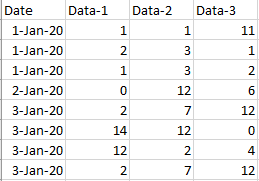 I know the recipe offers this functionality to group data easily, however, I am reluctant to put a recipe in between of two dataflows, as it will cause maintenance nightmare in the future.

But, can we do this in dataflow? Dataflow does not offer data grouping by default, but as still we can achieve with it some tricks. Here we go:

1. Partition the data with Date 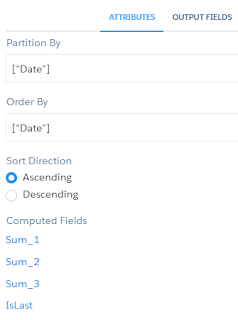 
3. For IsLast, choose SAQL (not Source Field), the Type should be Text. Here is the SAQL Expression
case when next(Data_1) is null then "Yes" else "No" end 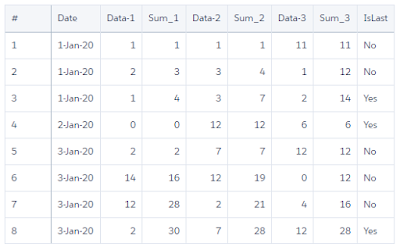 data after computeRelative, before cleanup