In Approval Process, when a user click "Submit for Approval" or auto submit by Process Builder, record will be locked by default. This will prevent user to edit any fields in the record from page layout, notice a pad lock icon at the left of the buttons, even when you try to update via API tool, you will get error "The Entity Is Locked For Editing".

So, is there any user able to edit the record? YES, they are:
1. User with System Administrator profile
2. User with Modify All Data permission
3. User with Modify All permission in the object of record locked
4. If the Approval Process configuration in Record Editability Properties = Administrators OR the currently assigned approver can edit records during the approval process. This will allow current approver ability to edit the record. 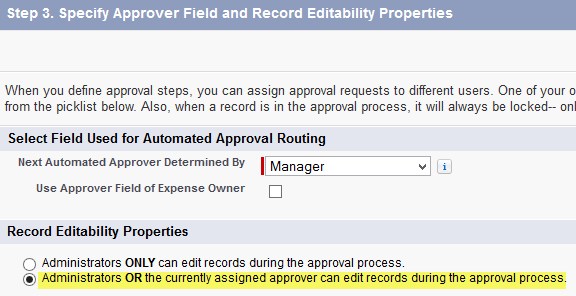 Note: user does not fall into any of categorization above will NOT able to edit the record, including: