We often heard that business would like to restrict x number of users to access Account, while open it to rest of users. How we can do that in Salesforce?

If your company decide not to give access to anyone in company (to view or edit an object), Organization-Wide Defaults (OWD) should be set to Private, then add sharing rule for that object based on: Criterias, Public Groups, Roles or  'Roles and Subordinates'.

If OWD is set to Private or Public Read-Only. It will be shared in following rule: 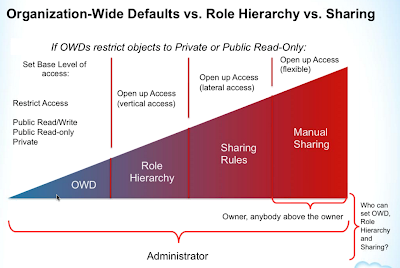 To investigate who can access a record, system admin can click on 'Sharing' button in record detail. Then, click 'Expand List' to get more details on user being shared and why they being shared.