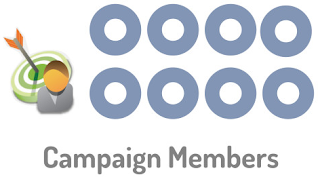 New campaigns have two default member status values: “Sent” and “Responded”. You can edit them or create new ones.

But, you will also notice there is a field in Campaign Member object called Status, and when you click that field, you will see a few values there, and there are no New button to add value.

So, how this work? When user add new Status entry in Campaign detail page, if the Status doesn't exist in field Status in setup, system will auto add the new values, this is totally different with others picklist values.